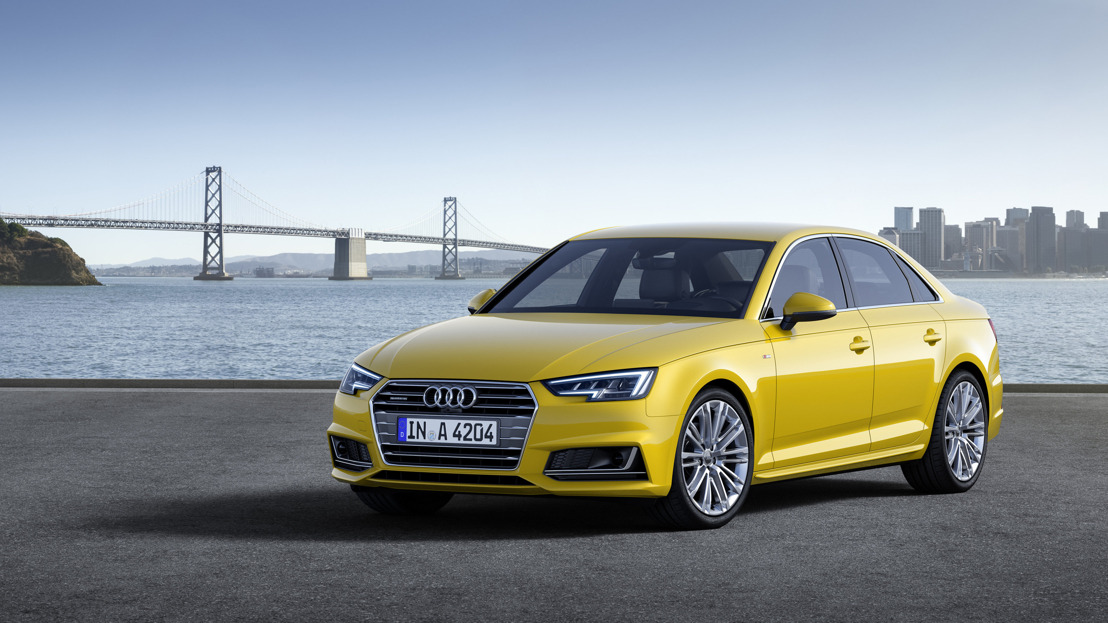 “The record start to 2016 is evidence of our global brand strength and of the success of our entire range of models, most notably the new Audi A4 and the new Q7,” says Dietmar Voggenreiter, Member of the Board of Management for Sales and Marketing at AUDI AG. “The strong demand in the first quarter confirms that we are on the right track to achieving another sales record for the full year in 2016.”

Worldwide deliveries of the Audi A4 increased by 14.6 percent in March. In the United States, where the latest generation of the model has only been available in recent weeks, sales of the A4 increased by 36.3 percent during the month. Since the beginning of the year, global demand for the top-selling model with the four rings has climbed by 4 percent. The performance of the Ingolstadt-based carmaker was further strengthened by the new Audi Q7, as well. The full-size SUV has achieved double-digit growth each month since it was launched in the summer of 2015. Audi delivered around 9,600 Q7 to customers around the world in March, up 93.1 percent. Since January, its global deliveries have grown by 89 percent to around 23,550 units. In the same period, the company even tripled sales of the Q7 model in Europe (+177.6% to around 10,450 units).

Audi also posted further gains in the Americas in the first quarter. With around 57,500 deliveries in the region, the company registered 5.6 percent more than in the same period last year. Sales increased by 8.5 percent to 24,350 units in March. During the month Audi sold 2,805 units in Canada alone, corresponding to an increase of 42.9 percent. In the United States, 18,39 customers chose an Audi, 7.5 percent more than a year ago. Business in the market was strengthened in particular by the Audi Q3. Audi of America reported 1,505 deliveries of the compact SUV, 18.7 percent more than in March last year.

Following a year of consolidation in 2015, Audi is once again on track for growth in China. Cumulative sales in the market were up by 4.7 percent to 139,540 units. Last month 50,986 cars were sold to customers in China, an increase of 5.4 percent. Audi saw gains in the compact class in particular: Market demand for the Audi A3 increased by 34.7 percent in March.